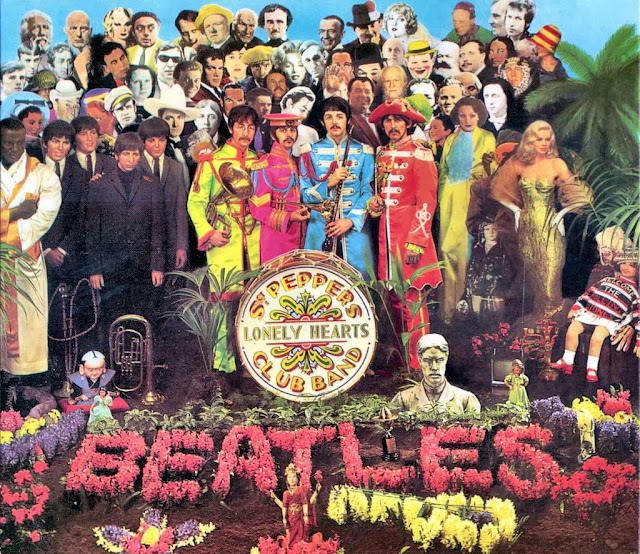 One of the many great moments I remember from the summer of 1967,  the so-called Summer Of Love, was the release of that pioneering, musically brilliant and era-defining album, The Beatles’ monumental Sgt Pepper’s Lonely Hearts Club Band. I bought it on the day of its release, 1st June 1967, and, without exaggeration, I have to say that I was flabbergasted. There had never been any album like it in my limited experience and it became THE album I played all year and for many years afterwards. It was the first time a non-classical music album made it onto my list of great musical artworks. Yes, I know, I was an opinionated teenager who had all the answers in those days and I hadn’t yet discovered jazz. 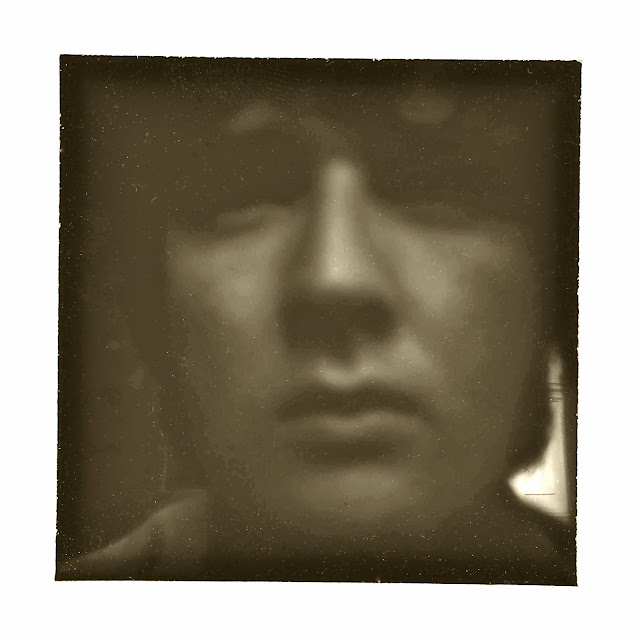 My turntable alternated between Sgt Pepper and another album released that year, Pierre Boulez’s revelationary recording of Debussy’s orchestral masterpiece La Mer. The Debussy performance showed me that Debussy was indeed the exciting genius that I saw in the great Ken Russell film, Debussy.

He was, as that, at his best,  most exciting of directors, Ken Russell showed us, a lot more than an atmospheric picture-painter. Both albums are still honoured in my collection but now they are on CD and joined by many other “couldn’t-live-without” albums. For me still, The Beatles with Sgt Pepper crossed the line into high art and brought the rock album with them. These were exciting times for a moody teenager – The Beatles, Pierre Boulez and Ken Russell was probably liquor much too strong for the lad. 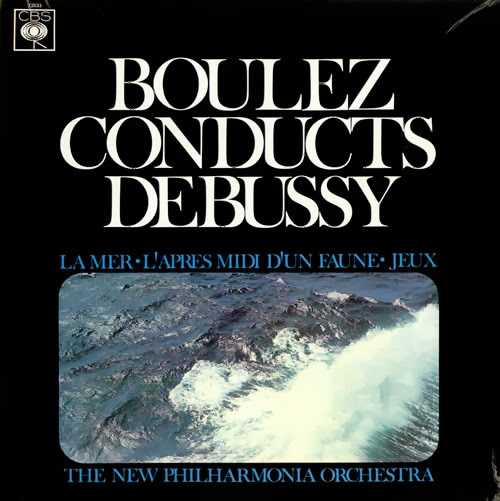 Twenty years after The Beatles’ album debuted  – with that famous line ‘It was twenty years ago today Sgt Pepper taught the band to play” – I sat back and watched television because the documentary that I had worked on for nearly two years claimed the ITV screen in peak-time for two hours in what was claimed to have been the most expensive television documentary ever made. The Granada Television film was called, appropriately enough, ‘It was twenty years ago today” and it was. The programme was then transmitted around the world on the correct anniversary release date for each country. It was one of the highlights of my television career and  an extraordinary opportunity for me to relive that 1967 experience in adult life. It was my chance over the preceding months to meet and film many of the heroes of my youth, most of whom are still iconic figures from modern popular culture, from the surviving members of The Beatles, The Byrds and the Mamas and Papas to some of the leaders of the literary avant garde, Allen Ginsberg and William Burroughs as well as legendary political activists Dr Timothy Leary, Abbie Hoffman and Dutch provo anarchist Robert Jasper Grootveld. People often ask me about the people I met at that time and I keep promising myself to write about it at more length. Not here though today but I will, I promise, when I find the time. Enough said, maybe, that the film tried to place The Beatles’ album into the cultural and political spirit of the time. I’m very happy and proud that it is still used in colleges as an educational tool. 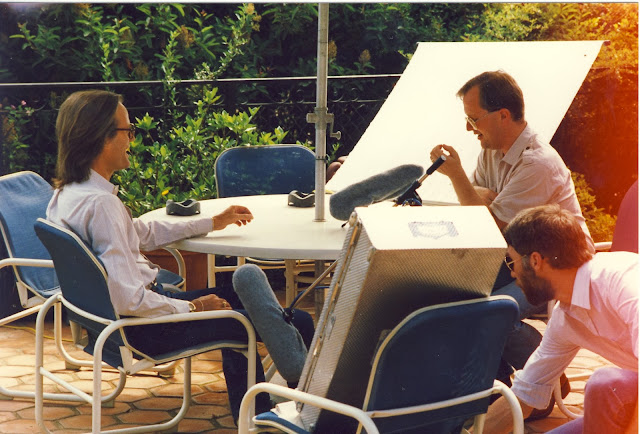 Peter Fonda interviewed for It was 20 Years Ago Today, in Los Angeles, 1986

Looking through some old photographs from the time, I found these shots of me interviewing Hollywood actor Peter Fonda, a leading figure in the Los Angeles demonstrations in 1967 and San Francisco actor Peter Coyote, once a member of the anarchic San Francisco Mime Troop. I have fond memories of my time with both these gentlemen and with many of the others, especially Beatle, George Harrison, Byrd, Roger McGuinn, Beat poet, Allen Ginsberg and  anarchist activist, Robert Jasper Grootveld who all took time out to both educate and entertain me. 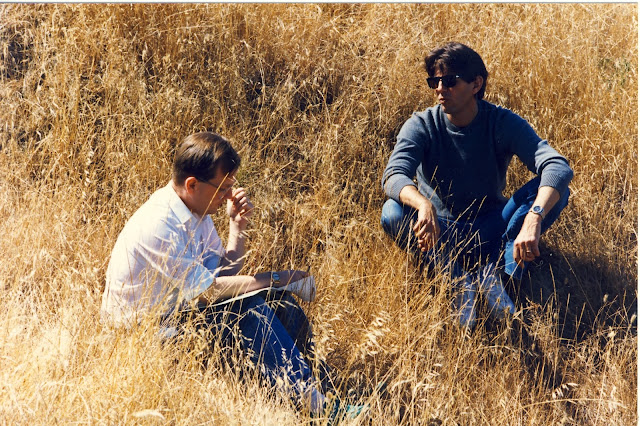 Peter Coyote interviewed for It Was 20 Years Ago Today in Marin County, San Francisco, 1986

So the year 1967 keeps coming back into my life as a major event and influence. It is therefore no surprise that I should’ve chosen that year as the setting for my first novel, the recently published Stephen Dearsley’s Summer Of Love (see below). I think I shall try to share some other memories of that time over the next few blogs. It was a truly unique epoque.

Here though is a clip showing the opening of that documentary, It Was Twenty Years Ago Today. For me it is the holiday movie of a lifetime.