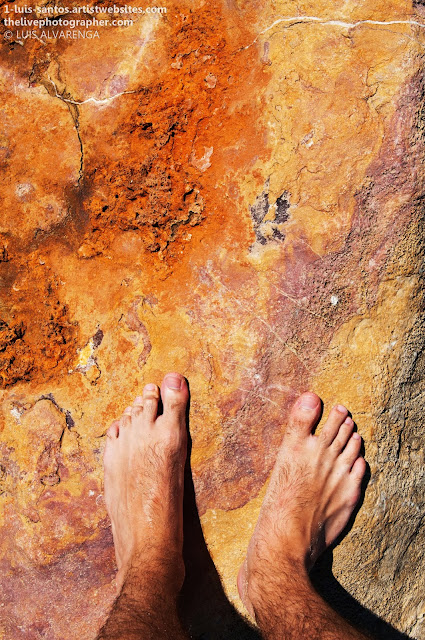 This ‘self-portrait’ photograph was taken by the young Portuguese photographer Luis Alvarenga,  who likes to record his travels around the World with images of his feet, the part of the body designed to allow us to travel. Here he is on a rock in the Algarve, Portugal. Feet also ‘plant’ us on the earth and, if we focus on them, let us feel the spirit of ‘place’. Hippie jargon, you might think,  but I believe in it, mostly practising my martial arts barefoot at home in my garden or wherever I am on my travels. 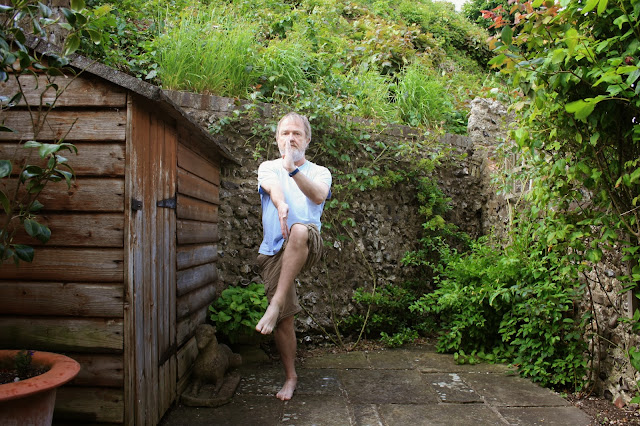 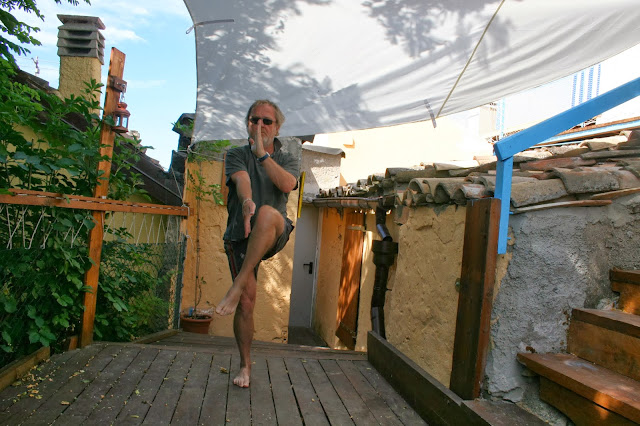 In the 1960s, bare feet became a symbol of liberation and freedom from society’s restraints. It was for all of this that Luis’ photograph became the cover shot for my just published novel, Stephen Dearsley’s Summer Of Love. 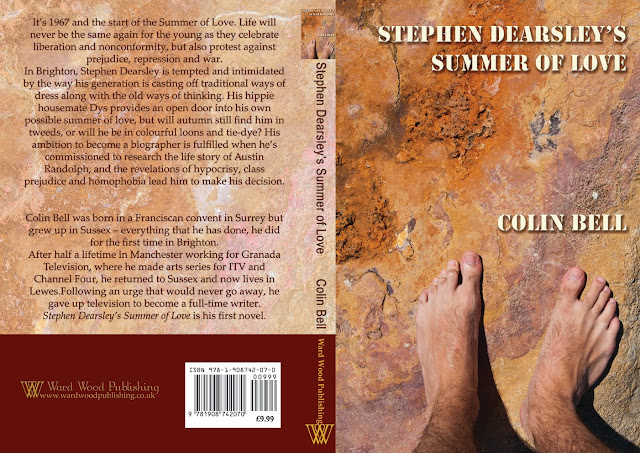 I love the image and especially, the colours of Luis’ photograph which makes a handsome cover for my novel, stylishly designed by my publishers, Ward Wood Publishing.  I can feel the heat of that rock but also a certain vulnerability in the feet exposed on such a rough surface. The image is perfect, in my opinion, for Stephen Dearsley’s gradual and difficult liberation. Another of Luis’  ‘self-portraits’ shows him standing on an inviting stretch of sandy Portuguese beach at Montegordo. Lovely shot though it is, for me, it is the rock photograph that better expresses the feeling of my novel because, the beach has always been one of the few places feet have always been allowed to go bare. 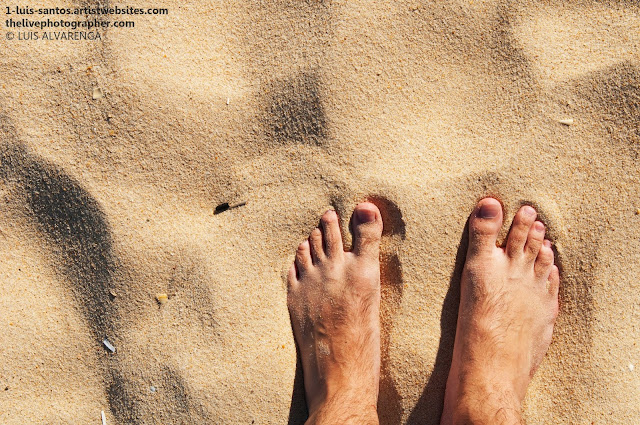 Here is Luis again, this time in Weston-Super-Mare, Somerset, England, where he first discovered that British beaches can be considerably colder than Portuguese ones. 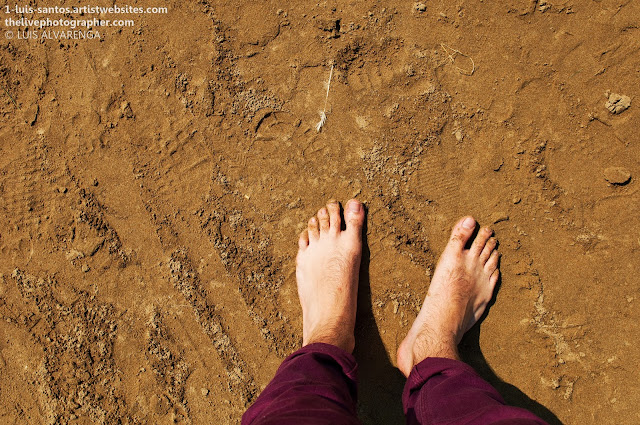 Here he is in Antigua against a very green lake. 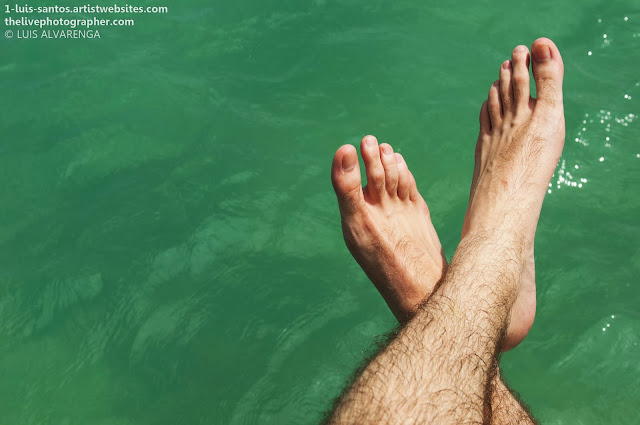 Having spent some time discussing the cover photograph with Ward Wood Publishing, I got to know the picture and, I guess, Luis’ feet very well so it was good to finally discover who Luis Santos is and what he looks like above foot level. 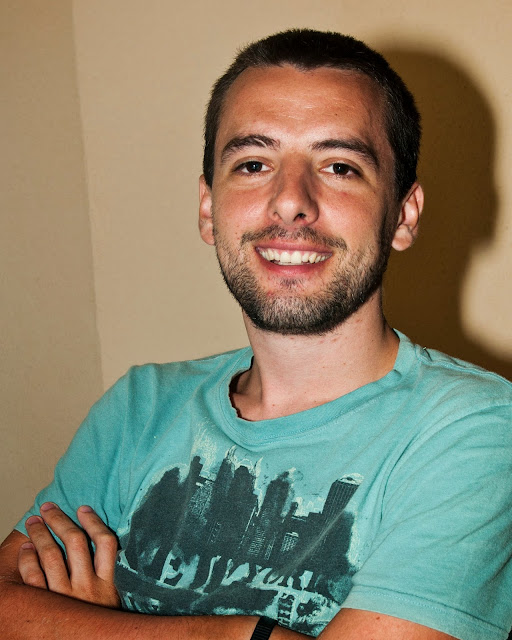 He is currently living in Reading, in the UK where he makes his living as a professional photographer most recently specialising in travel and live music photography. 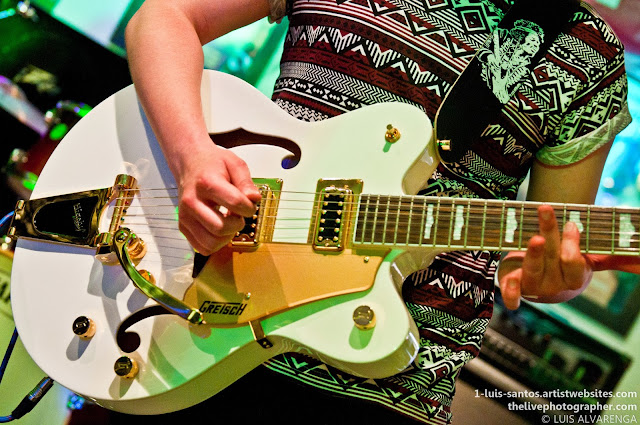 This is one of his favourite music shots taken when he feel in love with this guitar seen at the 2013 Oxjam Reading Festival. I love the colour co-ordination here. 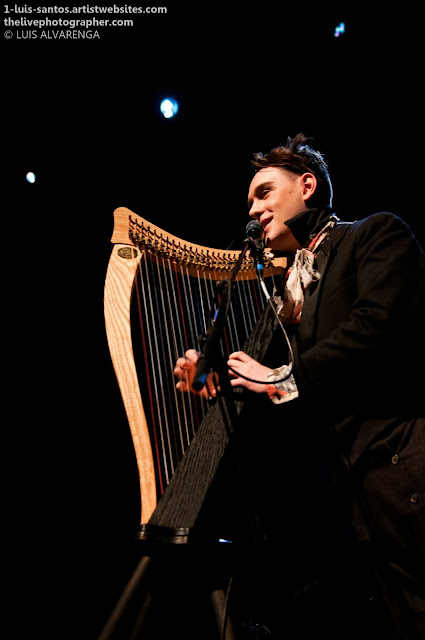 This is Patrick Wolf, the young London singer-songwriter, a musician much admired by Luis. The photograph taken with a vintage 80-200 lens that he had just bought for the occasion marked his debut as a fully accredited music gig job. He tells me that he was nervous when he first had to go on stage at London’s Queen Elizabeth Hall “but in the end everything turned out great, even the pictures!” 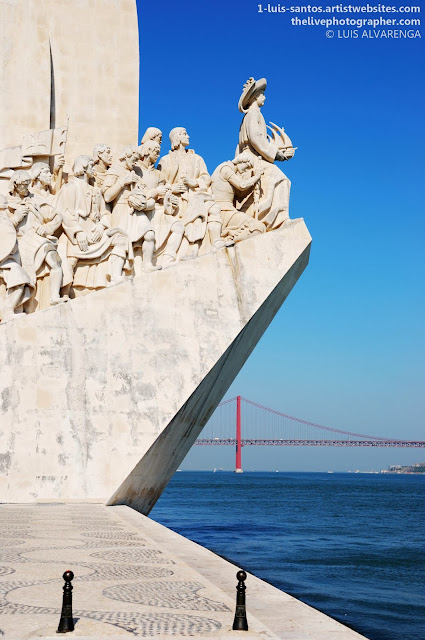 Here are two of his favourite travel photographs, above, the Monument To The Discoveries, Lisbon, the city where he was at university, and, below, this beautifully textured image of a beach in Maldives. 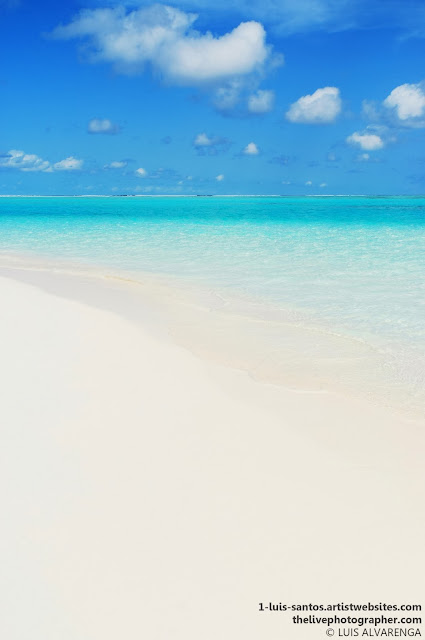 It was good to see his other work and to say hello to Luis because there is, I’ve just discovered,  a special relationship between a writer and the creator of his book’s cover. It was also good to share some of Luis’ enthusiasm for his chosen artform – he is obviously a young man with the World, quite literally, at his feet.

If you want to see more of Luis Alvarenga’s (sometimes also known as Luis Santos) work or to contact him, here is a link to his websites:
http://www.thelivephotographer.com/
http://1-luis-santos.artistwebsites.com/