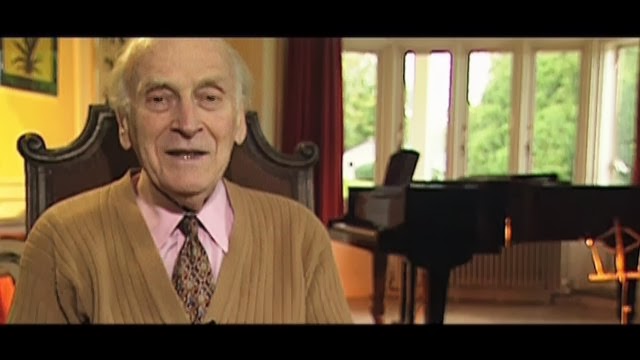 Yesterday I wrote about my Fibonacci elegy poem about the great violinist Yehudi Menuhin and how it will be published, probably next March, by Every Day Poets. A few people asked me about the photograph that I put up on yesterday’s blog. It showed a memorable moment in my television career when I was producing a series of masterclass shows with Yehudi Menuhin for Granada Television. 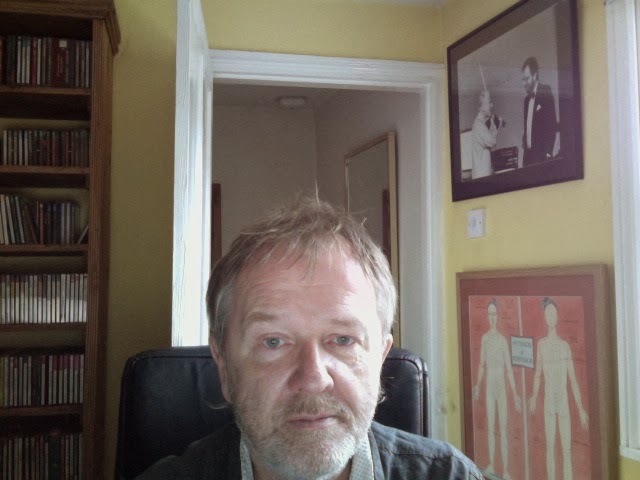 The photograph is framed and hangs on the wall in my study and I enjoy having it there to remind me not just of my affection for Yehudi Menuhin but also as a record of that moment when one of the greatest violinists in the World played his violin just for me. We were talking about what he should play to illustrate a particular point and, with his typical modesty,  he asked my opinion as if it could possibly be as valid as his. 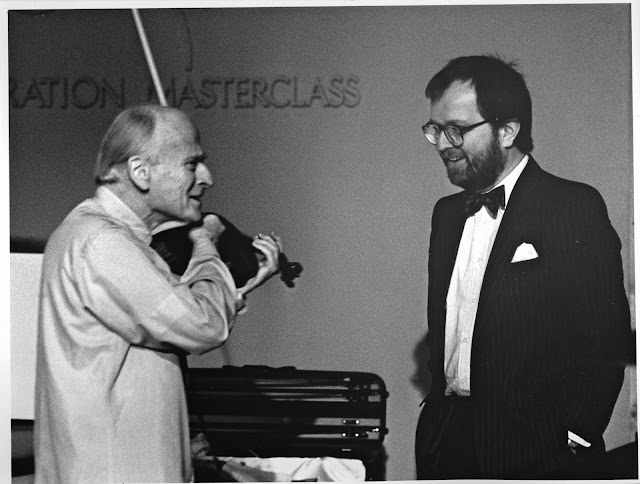 During that week that we worked together in, I think, 1990, we struck up a rapport and talked of other ways in which we could work together in the future. It was one of those conversations that led to the idea of a television documentary recording a possible project where we would select a group of children for him to teach from scratch. We developed the idea to include a British state school where music was not a specialist subject and where there was no violin teacher. Bearing in mind, the splendid Granada series 7 Up, we also decided to choose children aged 7 and to see if music really could make a difference to their lives. It took eight years to convince a broadcaster to go with this idea but eventually I got the BBC to commission it in 1998. Sadly, this was after our first generation of seven year olds had grown too old for the experiment but we started again and  found a school in Guildford, Surrey and proceeded, with the expert guidance of the Russian violin professor Natalia Boyarsky, who had experience of choosing potential violinists in the then Soviet Union and who was now, and still is, a teacher at the Yehudi Menuhin School in England. There was much scepticism from school teachers and parents alike but the chance was too good to turn down the opportunity to be taught by such a distinguished musician. Yehudi was thrilled and we planned a schedule where he could come to the school once a month for a year to teach the twelve selected seven year olds. Filming started in September 1998 and, from the start, I knew that the results would be delightful and, yes, an important experiment in the value of music in schools. 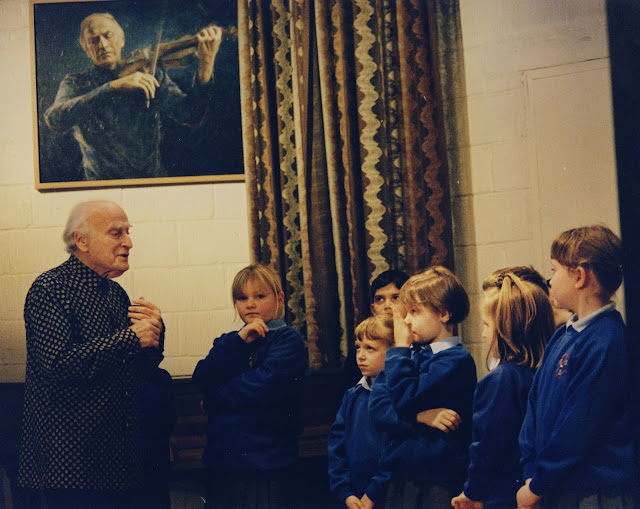 I will always be sad that the many delays in getting this project going on British television took so long because after just six months, I had a phone call telling me that Yehudi had died quite unexpectedly in a Berlin hospital. We finished the film without him but to the plan he had agreed and, luckily, with the distinguished violinist Rosemary Furniss taking his role as principal teacher. The documentary, Menuhin’s Children, co-produced with EuroArts-Primetime,  was screened on BBC2 the following year and subsequently all around the World.  Those seven-year olds are now twenty-one years old but sadly, British broadcasters turned down ideas of following the children’s progress.

I Googled Menuhin’s Chldren this morning to see if there were any records of this programme and I found this on Utube, a promotional clip made, I think, by the facilities company that hired us the film crew and editor. I was grateful to see some of those shots again and hope that the documentary proper might reach the screens again as a memorial to a great musician and a wonderful experiment.

As for those twelve “Menuhin’s Children” – they were great kids and I wish them all well in their adult lives. I hope too that they sometimes think about the gentle musician who taught them from his heart.