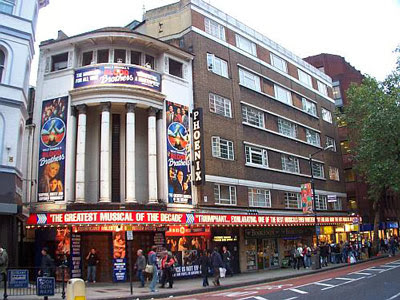 I was up in London on Tuesday evening for a bit of performing at the Phoenix Theatre in Charing Cross Road – well, anyone who knows me thinks I’m a bit of a show-off so I’m sure you’re not surprised to read this. 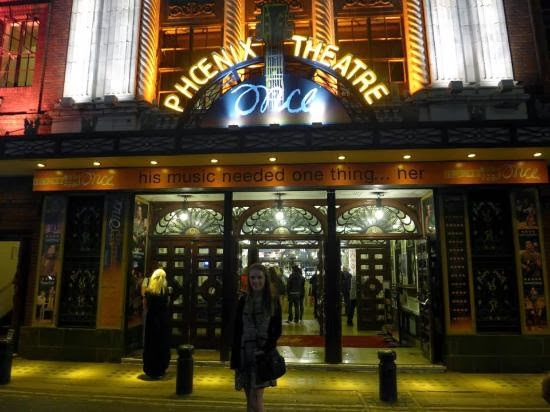 This theatre opened in 1930 with the premier of Noel Coward’s play Private Lives starring Noel himself along with Gertrude Lawrence and the young Laurence Olivier but today it’s showing Once – The Musical, billed as ‘the musical of the decade’. 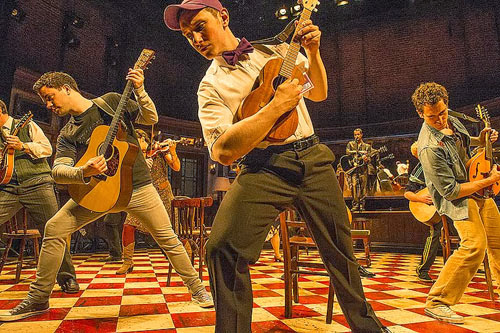 Adequate as my song and dance routines are, I wasn’t actually appearing in Once. No, I was downstairs. 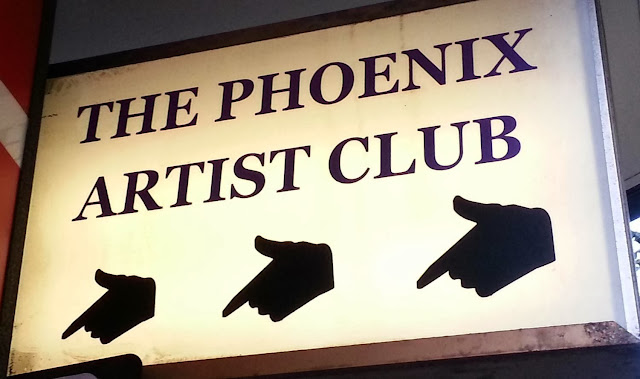 I was underneath the theatre in the splendidly atmospheric Phoenix Artist Club that many years ago had once been used as the theatre’s original dressing rooms and rehearsal studios  – so the space retains some of the spirit of dear Larry, Noel and Gertie. They linger on here especially after a few or even a few more drinks. 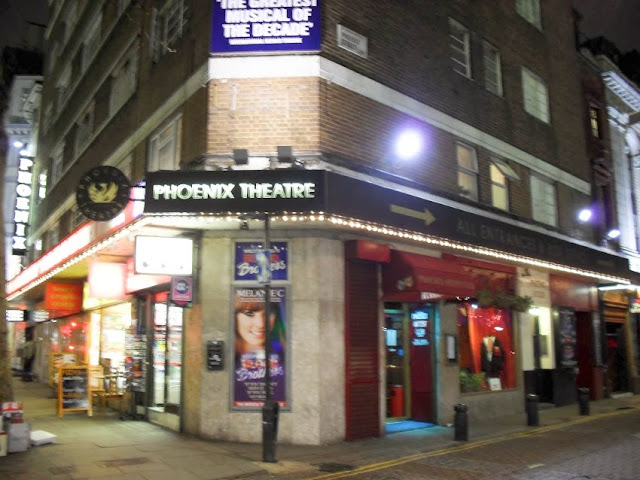 I was here for the launch party for my novel Stephen Dearsley’s Summer Of Love held by my publishers Ward Wood Publishing who had booked a private space next to the club’s excellent bar. 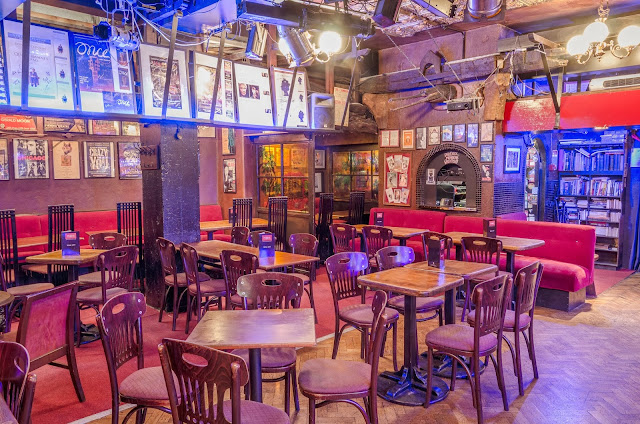 When I arrived, early, with a pile of new copies of the book, the place was deserted but it soon filled up with a great mix including friends from the various stages of my life,  family and Ward Wood colleagues, Adele Ward herself a writer and, the writers Vg Lee, Joe Stein, Sue Guiney, Peter Philips and Patricia Averbach – all friends now and, inspiringly, all surprisingly like-minded citizens of the literary world.  I consider myself doubly lucky to be published by a company that has so many great people on its books. Four of us are planning to appear together for readings – like a rather unconventional rock band on the road. Watch this space for details. 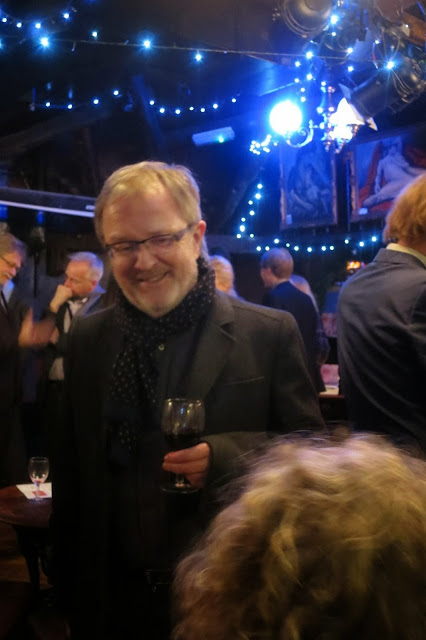 The event soon turned into a party and, against all expectations, I actually enjoyed myself. 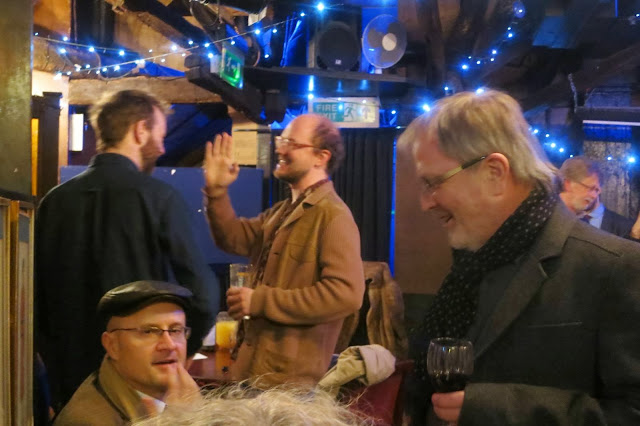 My thanks to poet Peter Daniels for taking these photographs of me doing my party-mingling which, that night, was refreshingly free from small-talk. 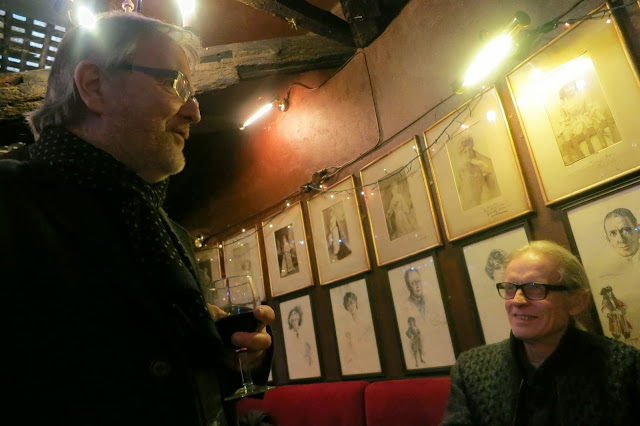 I also got the chance to meet a number of people who have known for some time but who now, like James Grant,  became virtual friends turned to flesh. 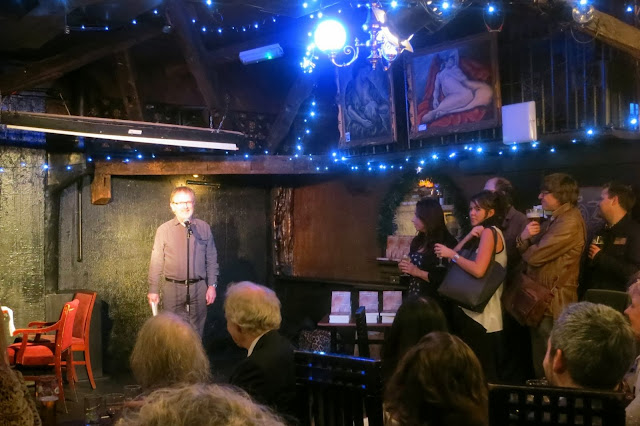 Peter Daniels also took some photographs of me on stage where I read a short section of my novel to a generously receptive audience. 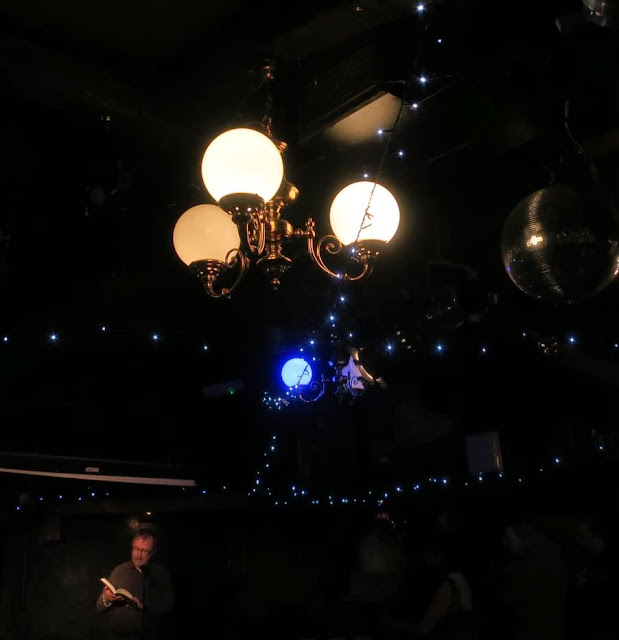 Afterwards I was kept busy signing copies of the book – here with the award-winning American poet  Patricia Averbach…. 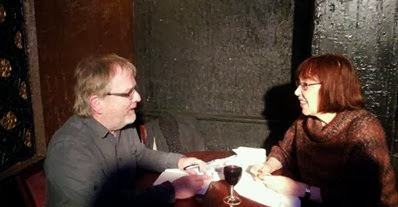 ..and here with my son Adam who also wanted an inscribed copy. At this little corner table I could not only sign books but do a bit of palm-reading too even if no one actually believed my predictions. 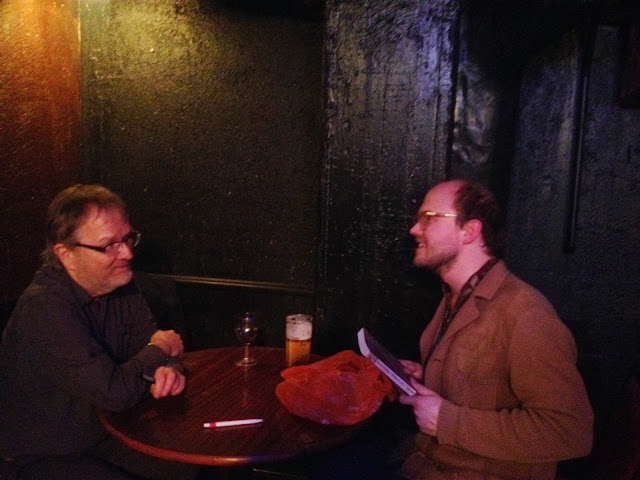 Adele Ward filmed part of the reading for which I’m most grateful as I don’t sound nearly as bad as I thought I did. The next-door bar joviality much noisier on the video than it was in reality – the atmosphere was informal and intimate considering we were right in the centre of London. Thanks to everyone who came along that night – it was terrific to see you all.

After such a truly enjoyable and memorable evening, I couldn’t just go off afterwards to my hotel bed. Luckily London’s Chinatown is genuinely a 24 hour experience and the Red Dragon Restaurant in Gerrard Street served a leisurely and very good meal a long time after midnight –  bed was considerably later. 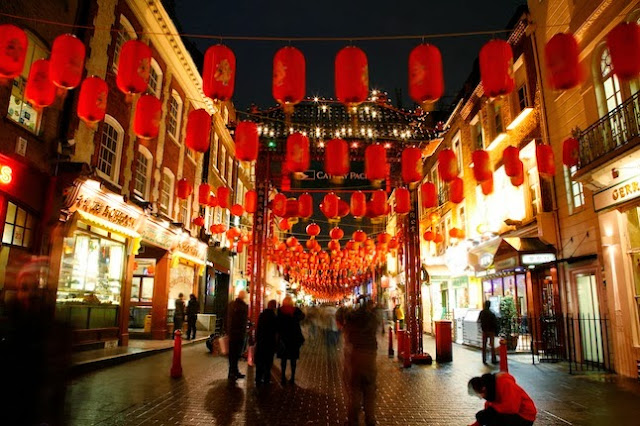 After all the socialising, enjoyable though it was, it was also great, the next morning, taking an almost empty train home from London to Lewes. Trains make great decompression chambers. It’s now back to work on the new novel. 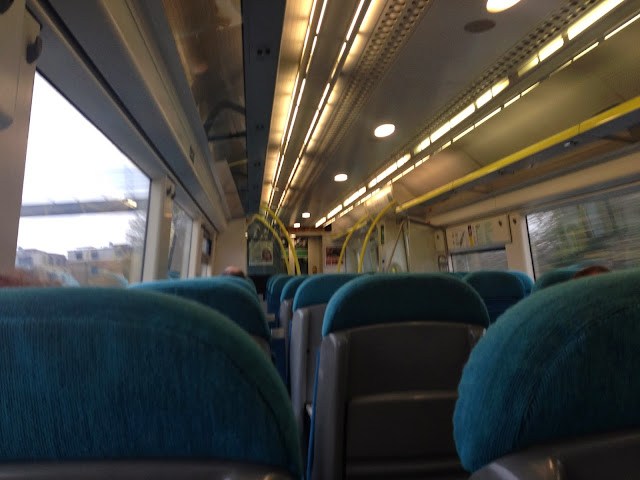