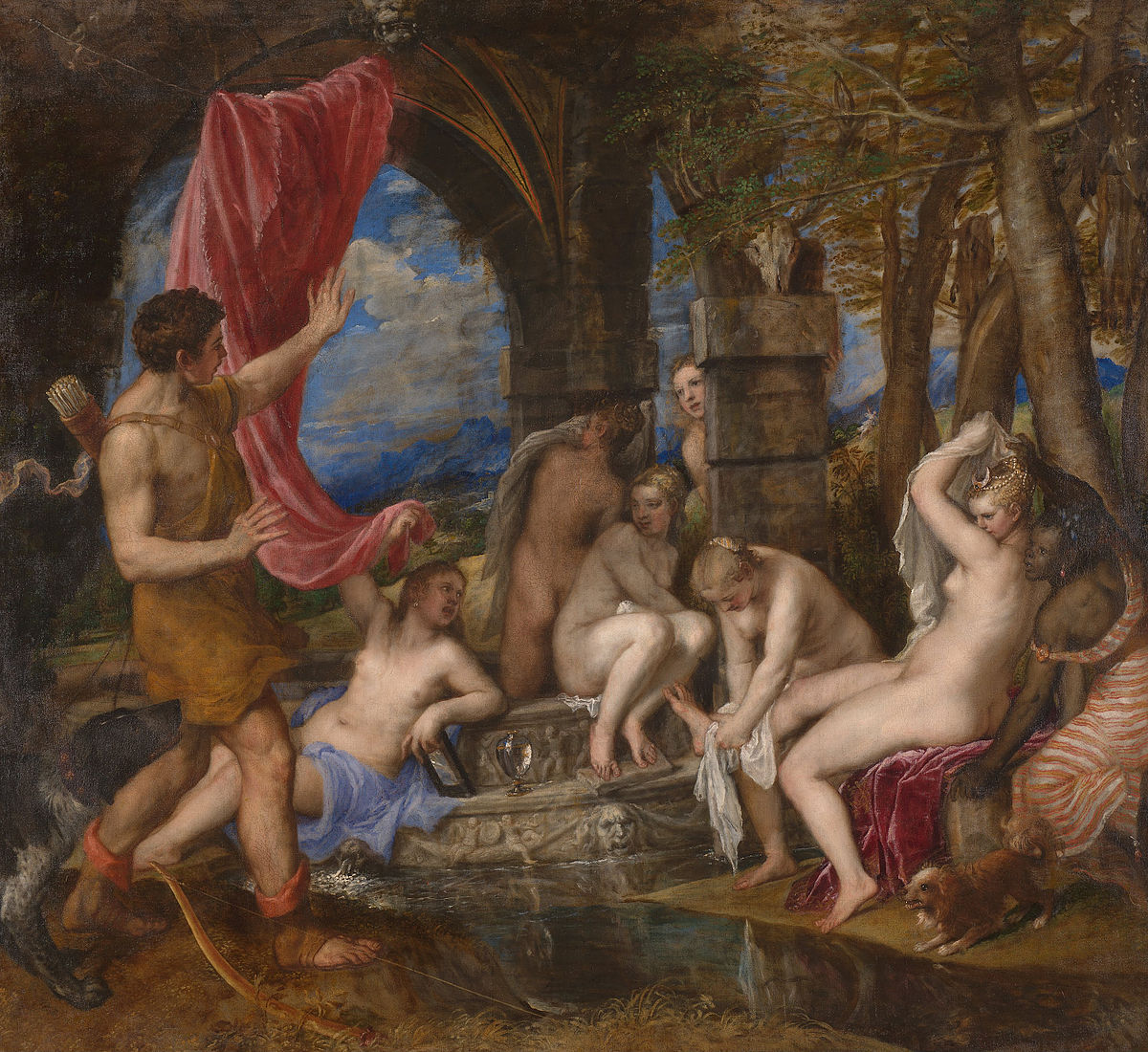 Titian’s great painting of Diana and Actaeon has been one of my favourite paintings ever since I went to the great Titian exhibition at London’s National Gallery. It tells the story of how the young man Actaeon, who is out hunting stags, stumbles upon the goddess Diana at her secret bathing pool. She is outraged to have her nakedness on display and in her anger turns Actaeon into a stag with unfortunate consequences. It is, of course, one of the most famous stories from the Roman poet’s collection of stories gathered from Greek legends and known as The Metamorphoses. I decided to write a set of three Fibonacci poems on this and two other stories from Ovid and they have just been published in that excellent poetry journal The Fib Review.

Other stories in Ovid’s work are also very well known, maybe none more than Narcissus, the handsome young man who is loved by all you see him but who can’t return offered love. He is cursed by the gods to fall in love with his own reflected image. This has become the second of my three Ovid poems.

The third is Alcyon and Ceyx, the dramatic story of how Ceyx, Alcyon’s young husband is shipwrecked by the angry god Jupiter, and his drowned body floats close to shore where his wife sees it and rushes to save him. The god relents and turns them both into immortal birds. I hope you enjoy the metamorphosis of these great stories into my humble Fibs. 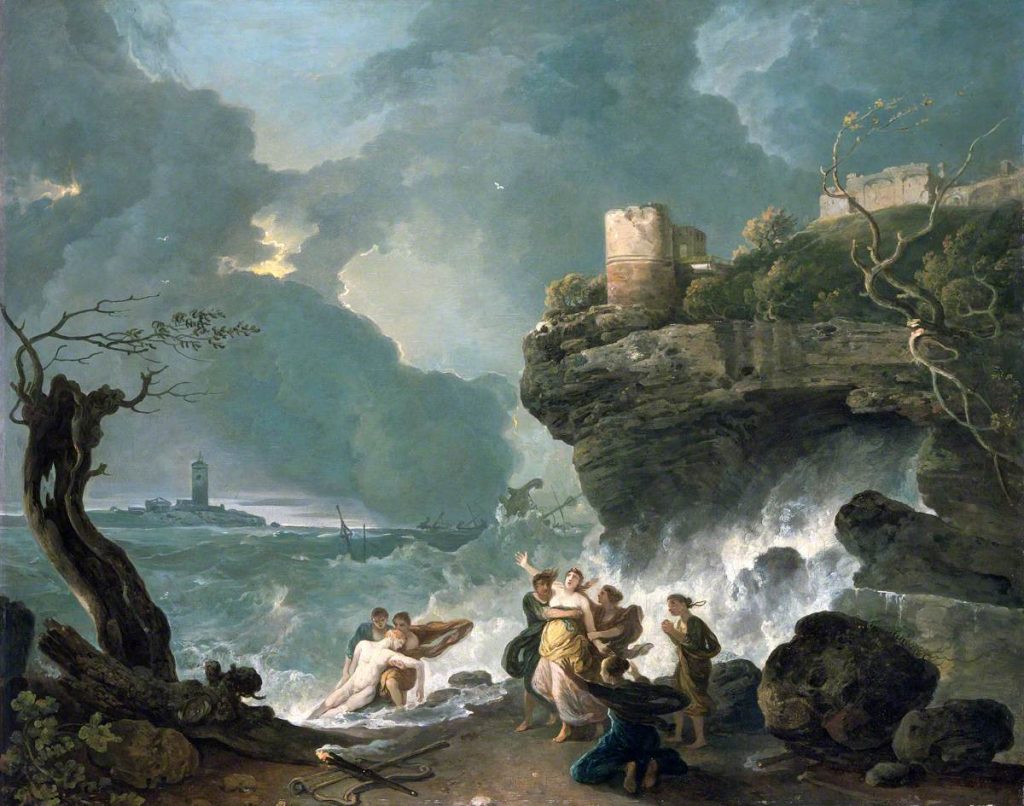 Ceyx and Alcyone (1768) by Richard Wilson

You can read all three Fibonacci poems and poems by many other Fibonacci poets in thie new issue of The Fib Review http://www.musepiepress.com/fibreview/colin_bell1.html 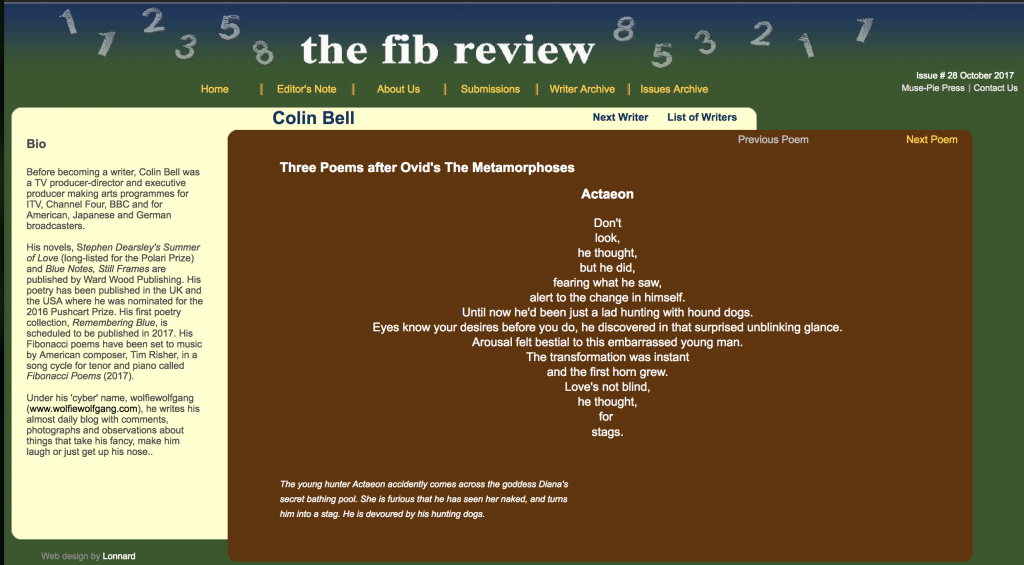 You can also see the brilliant animated film of the last of my three poems made by Joseph Nussbaum – here it is: