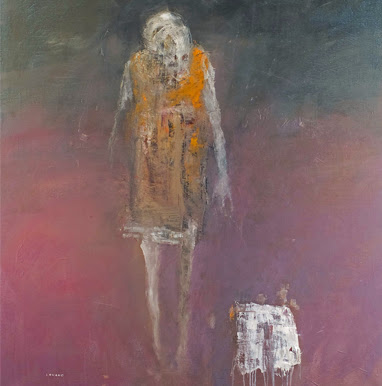 Yesterday, celebrating the completion of the final edit of my about to be published novel,  I spent the day at the Mosaic Rooms, an art gallery in Kensington, London. Being a Monday, it was closed to the public so a group of us had the place to ourselves for the new exhibition, Equinox, Between Beirut and London, the first solo show in the UK, by the young  France-based Kurdish Syrian artist, Lawand al-Attar,  known simply as Lawand. 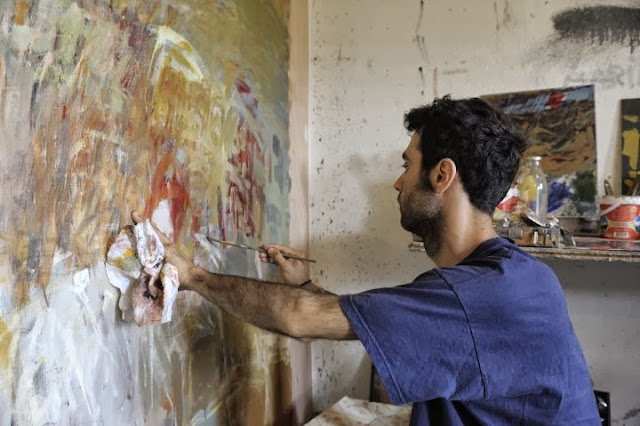 His work is passionate, uncomfortable at times and deeply human. Even if the exhibition, Equinox, isn’t directly related to the terrible situation in Syria today, it is certainly influenced by the conditions in Lawand’s native country. Ghostly stumbling figures with decimated bodies, appear or disappear in a varporously insecure landscape. I and a number of fellow poets were at the gallery for a poetry workshop where we would write poems inspired, influenced or even repelled by these vivid paintings. 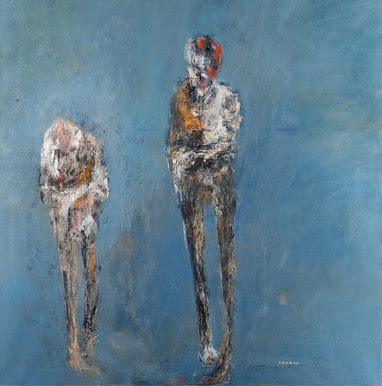 The much lauded French-Welsh poet Pascale Petit led the workshop, Writing The Body,  guiding us gently towards three precisely-timed poetry writing sessions during the day where we were all produced three poems each, all remarkably different and all created in the intense atmosphere created by Laward’s work and Pascale’s subtle pushing. It was truly both inspiring and exposing. 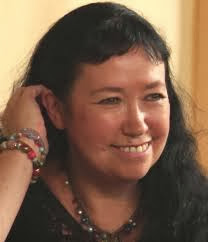 I shall let my three pieces ferment at the back of my mind for a few days before looking at them again but, however they turn out, this experience encouraged me to take some new directions in my writing, looking for new sources of inspiration. 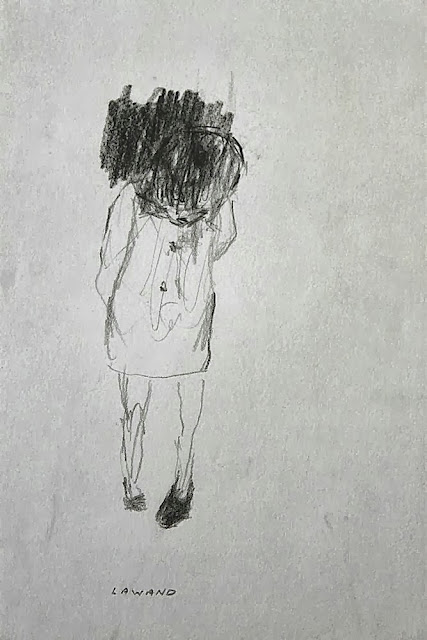 Pascale Petit was commissioned to write a set of poems based around a series of Lawand’s drawings also a part of this exhibition at the Mosaic Rooms – the art book, Effigies, a collaboration between Petit and Lawand,  is published this week and will be available at the launch at the gallery this Saturday at noon. The exhibition runs until 29th November and is well worth a visit even if you don’t want to attempt writing a poem about your reactions to the work. You don’t have to, obviously, but why not have a go. For further details here’s a link: 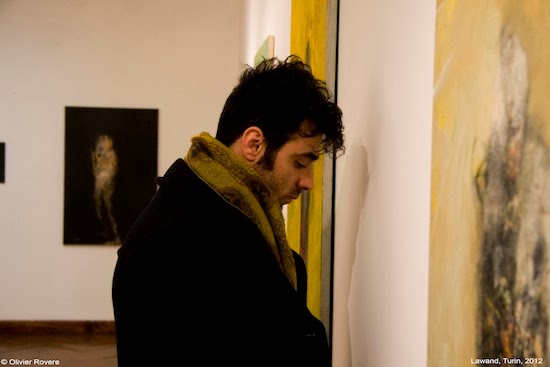 Lawand at the Mosaic Rooms

In spending such a luxuriously long time with these paintings in such a peaceful and uncluttered atmosphere, I was not only writing poetry but also learning to truly look at Lawand’s art and to absorb its power. I shall have awakened eyes the next time I visit an art gallery. It was an added pleasure getting the chance to meet the charmingly diffident Lawand al-Attar as well as working with the quietly radiant poet Pascale Petit. We accomplished in a single day and I hope to incorporate ways of thinking and looking learned from both artists in my future work – inadequate as that might be. 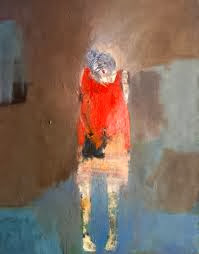